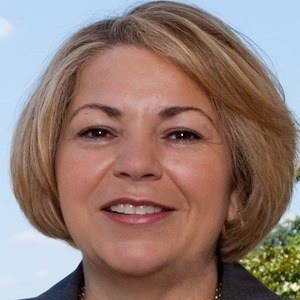 Democrat who represented California's 39th district in the US House of Representatives from 2003 to 2013. She is pro-choice and has spoken out in favor of LGBT rights.

She attained her law degree in 1995 at the UCLA School of Law, where she was an editor of the Chicano-Latino Law Review.

She introduced the Megan Meier Cyberbullying Prevention Act, a bill which would criminalize the use of electronic communications if 'the intent is to coerce, intimidate, harass, or cause substantial emotional distress to a person.'

She was raised by Mexican immigrant parents and has six siblings. She married Jim Sullivan.

Stephen Colbert interviewed Sánchez for his 434-part series Better Know A District on The Colbert Report.

Linda Sanchez Is A Member Of