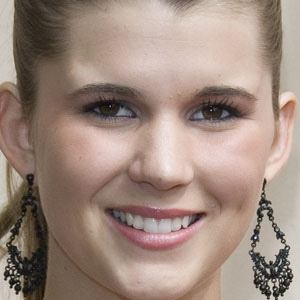 Actress who played Georgie Jones on the popular soap opera General Hospital. She also starred in the 2002 film Virginia's Run.

She appeared as a child in episodes of Jenny, Family Matters, and Suddenly Susan.

She played the role of Rosie in three episodes of the soap opera Passions.

She was born in Fresno, California.

She co-starred with Gabriel Byrne in the 2002 film Virginia's Run.

Lindze Letherman Is A Member Of