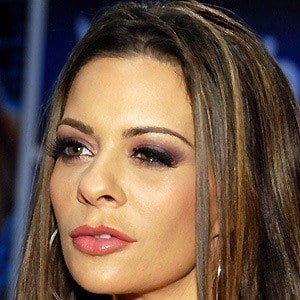 Model and adult film actress who shot to fame in the 1990s after having a topless photo shoot in The Sunday Sport when she was 16 years old.

She always hoped to be famous, and began sending out modeling photos to agencies in 1993 when she was 15.

Her cup size was once measured at a staggering 34GG. And she has stated for the record that they are natural.

She married her second husband Mark Williams in 2006. They are parents to a son named Luca.

Both she and Ron Jeremy have starred in successful X-rated films.

Linsey McKenzie Is A Member Of