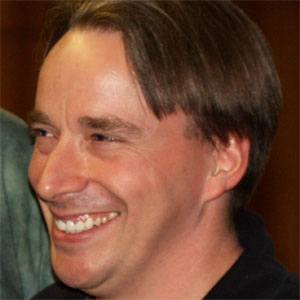 Software engineer who developed and became the chief architect behind the Linux kernel, a free and open source software. He also developed the Git system and the software Subsurface.

He has Master's degree in computer science from the University of Helsinki and wrote a thesis called Linux: A Portable Operating System.

He was awarded the 2012 Millennium Technology Prize and was inducted as an inaugural inductee into the Internet Hall of Fame.

Linus Torvalds Is A Member Of