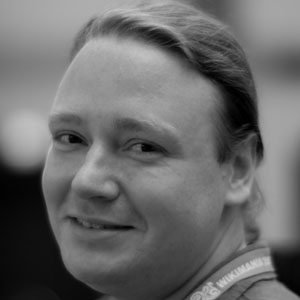 Software developer and computer programmer who was responsible for the popular Apache Web server.

He attended the University of California, Berkeley, during the early 1990s.

He was included on a 2003 MIT Technology Review list of the most important young innovators in the world.

He and his contemporary Randy Pitchford both developed successful software programs and companies.

Brian Behlendorf Is A Member Of