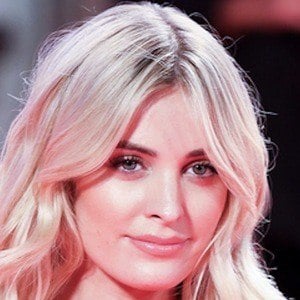 Fashion, lifestyle, and travel blogger known for her self-titled website. An award-winning influencer, she was named Most Stylish Online Influencer at the 2017 VIP Style Awards. She has also been featured in publications like Teen Vogue and Stellar Magazine.

After earning a degree in communication and marketing, she began working in the marketing department for Tourism Ireland.

She has a self-titled YouTube channel where she has posted travel vlogs and beauty tutorials.

She has posted numerous Instagram photos traveling with boyfriend Gerard Mullen. She has two sisters, Nicole and Grace.

She worked alongside fellow blogger Anouska Proetta Brandon on a campaign for Primark in February 2017.

Louise Cooney Is A Member Of