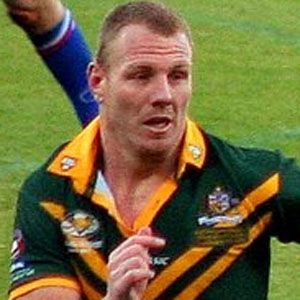 Versatile rugby footballer played in the National Rugby League and internationally for Australia and New South Wales State of Origin.

After a junior rugby career with Blacktown City, he made his first grade debut in 2001.

Able to play every position in first grade football, he won the 2003 NRL Premiership with the the Penrith Panthers and represented Australia in the 2011 Four Nations tournament.

Luke Lewis Is A Member Of