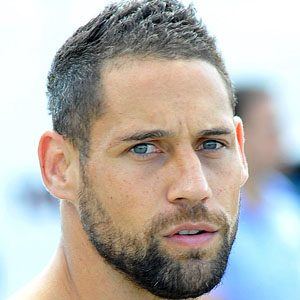 Rugby footballer from New Zealand who has made a name for himself with teams like the Super Rugby team the Blues. He has also represented New Zealand in tournaments like the 2007 Rugby World Cup.

He was a first five-eighth at Westlake Boys High School.

He won the Brennus Shield during his first season as a member of Stade Toulousain.

His father, Charlie, was a rugby league player for teams like the Sheffield Eagles and his sister, , also became a professional rugby player.

He played with New Zealand captain Richie McCaw at the 2007 Rugby World Cup.

Luke McAlister Is A Member Of