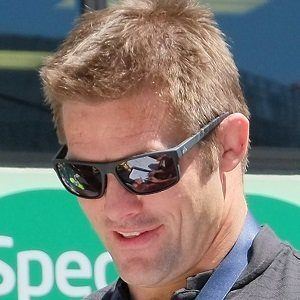 Widely considered one of the top openside flankers of all time, he joined the Crusaders and New Zealand's national team in 2001. He won the World Rugby player of the Year award a record of three times.

He first took rugby seriously while playing at Otago Boys' High School, where he became head boy in his last year.

In 2010, he became New Zealand's most-capped All Black captain and was named IRB International Player of the Year for the third time.

He dated professional dancer Hayley Holt in 2009. He later went on to date field hockey player Gemma Flynn and they got married in 2017. They have a daughter named Charlotte together.

He and Ben Franks represented New Zealand in the 2003 World Cup.

Richie McCaw Is A Member Of