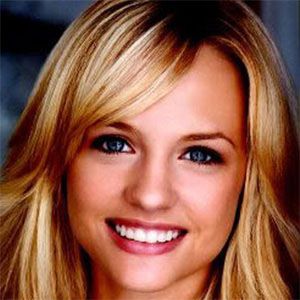 Television actress who first appeared in the series Smallvile in 2006. She co-starred in the TV series Two and a Half Men as Britte. She also had roles in the feature films Prom and Grown Ups.

She began her career in her mid-teens as a voice actor for Bratz: Passion 4 Fashion - Diamondz, a straight-to-video production.

She appeared in a 2013 episode of Two and a Half Men, a television series starring Jon Cryer.

Madison Riley Is A Member Of