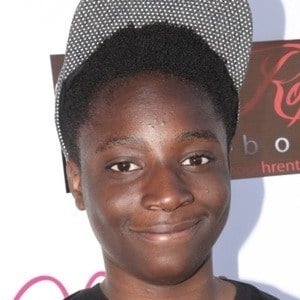 First rose to fame portraying Duane Jones, the son of the character Morgan in the hit AMC series The Walking Dead. He went on to star as Shawn in the Cameron Diaz film Bad Teacher.

His unofficial acting career began at the age of four when he took the stage in a preschool play.

He has held countless guest roles in popular television shows like Arrested Development, Flashforward, and Reckless.

Born in Takoma Park, Maryland, he was raised in Fayetteville, Georgia. His cousin is award-winning playwright Charles Fuller.

A passionate singer, he performed on Donna Summer's final album Crayons in 2008.

Adrian Kali Turner Is A Member Of