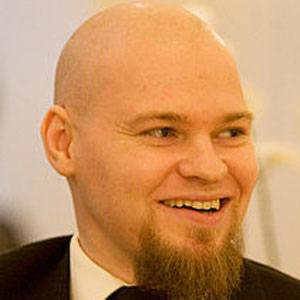 Norwegian cartoonist who has worked on the comic strips M and Gnom and was awarded the 2002 Raptus debutantprisen and the 2003 Dagbladets seriekonkurranse.

He started his comic career in 2000 when his first comic strip, Gnom was featured in Smult magazine.

His comic strip M got its own monthly magazine in 2006.

He was born into a Norwegian family in Malvik, Norway and later moved to Trondheim.

Mads Eriksen Is A Member Of