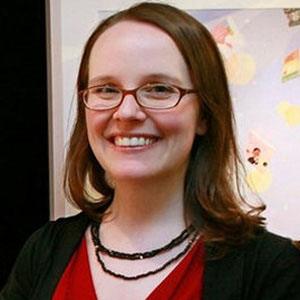 Cartoonist who created the webcomic Smile (A Dental Drama). Scholastic Press's Graphix published it as a graphic novel in 2010.

She suffered a serious mouth injury in her youth and underwent years of orthodontic and dental work.

She has a sister named Amara and a brother named Will. She married fellow cartoonist Dave Roman in the early 2000s.

Raina Telgemeier Is A Member Of