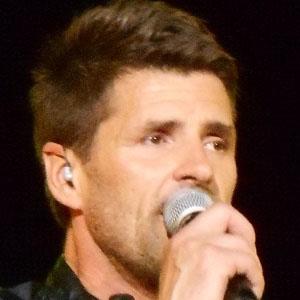 Canadian singer and guitarist who is known for performing with Celine Dion on numerous occasions, including on his 2006 solo single, 'Tout près du bonheur.'

His first single was called "Sans Toi" and was released in 2008.

He has been one of four judges in the Quebec version of the television show The Voice in 2013.

He grew up with family in Quebec, Canada.

He has collaborated with Celine Dion for singles, tours, and music videos.

Marc Dupre Is A Member Of