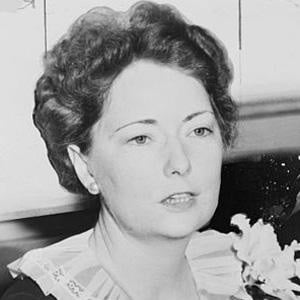 Author of the bestselling novel, Gone with the Wind, which received both a National Book Award and a Pulitzer Prize. The novel was adapted into a critically acclaimed, 1939 film starring Vivien Leigh as Scarlett O'Hara and Clark Gable as Rhett Butler.

After Mitchell's dress caught on fire when she was three years old, her mother started dressing her in boys' pants, earning her the nickname of Jimmy (based on Little Jimmy, a popular comic strip of the time). She wrote a novella called Lost Laysen during her adolescent years; the work was published nearly a century later.

She only had one book published while she was alive, but that work alone won her the 1937 Pulitzer Prize for Fiction.

She grew up in Atlanta, Georgia as the daughter of suffragist Mary Isabel Stephens and attorney Eugene Muse Mitchell. She was briefly married to Berrien K. Upshaw before meeting John R. Marsh, the man who would become second husband. She had no children.

Her writing was heavily influenced by the work of one of her favorite authors, Charles Dickens.

Margaret Mitchell Is A Member Of