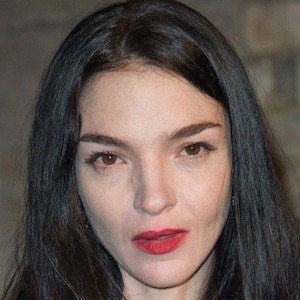 Italian supermodel who's best known for being featured on the cover of Vogue as well as for her work in several high fashion runway shows for brands such as Gucci, Dolce & Gabbana, Fendi and Christian Dior. She has also been featured as the sole face of brands like Emilio Pucci, Hermes, John Galliano and Moschinoi.

She was discovered at age 17 during dinner with a family friend who was also a photographer. She finished high school before moving to New York to pursue her career.

She earned a spot on Forbes' list of the World's 15 Top-Earning Supermodels.

She was born in Rome, Italy. She moved around a lot as a child due to her father's job. She has also lived in the U.S. and Kenya. She has a daughter named Marialucas.

She has been considered as one of renowned fashion photographer Karl Lagerfeld's favorite models.

Mariacarla Boscono Is A Member Of