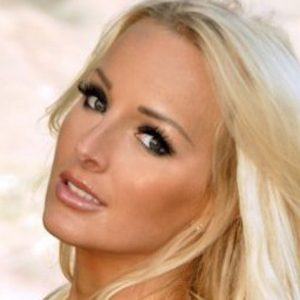 Internationally known Swedish model and contestant on season two of the reality series Paradise Hotel. She is known for her appearances in well-known publications such as Cafe, Moore, Slitz, ICE, and Playboy magazine. She is also co-owner of her own art gallery Slice of Life.

She was born Cindy Marie Helene Plosjo, but adopted the stage name Marie Plosjo. She has also dabbled in music.

She is from Ankarsrum, Sweden.

She and model Natacha Peyre ended up getting in a fight over David Lotfi on the reality series Paradise Hotel.

Marie Plosjo Is A Member Of