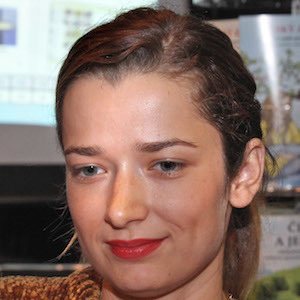 Film and television actress who is widely recognized for her performance as Jitka in the 2016 film I, Olga. She was also cast on the historical drama series the History of Czechoslovakia.

She studied music and performance arts at the Prague Conservatoire.

She contributed to a blog known as Sedmilhářky.

Both she and Veronika Arichteva were cast on the History of Czechoslovakia.

Marika Soposka Is A Member Of