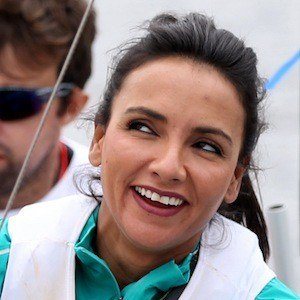 Paralympic athlete who is known for her versatility, having competed in long jump, dart-throwing and sailing at the Paralympic Games. In 2017, she placed fifth on the seventeenth season of Big Brother Brazil.

She had her leg amputated following a bicycle accident when she was fifteen years old.

She has held the Brazilian record for long jumping without the use of a prosthesis.

She has five siblings. She has been married and has several children.

She was housemates with Emilly Araujo on Big Brother Brazil.

Marinalva de Almeida Is A Member Of