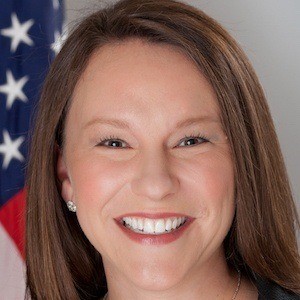 Republican politician who became one of the first two women to be elected to Congress from Alabama in regular elections in 2011.

She received her law degree from the Cumberland School of Law at Samford University in Birmingham, Alabama in 2001 and later worked at the law firm of Copeland, Franco.

The 2010 congressional race which made her a Member of the U.S. House of Representatives from Alabama's 2nd district was the most expensive race in the district's history.

Her father is Joel F. Dubina, Chief Judge of the United States Court of Appeals for the Eleventh Circuit and she has two children with her husband Riley.

She was endorsed by Sarah Palin. in her 2010 congressional race.

Martha Roby Is A Member Of