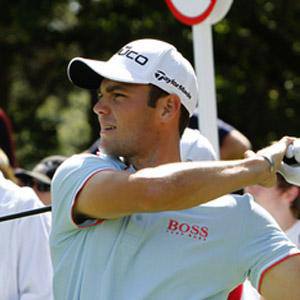 German golfer who won the 2010 PGA Championship as well as the 2014 Players Championship and 2014 U.S. Open, the latter of which he impressively led after each round before taking the title by a remarkable eight strokes. He received his first world No. 1 ranking by the Official World Golf Rankings in February, 2011.

He broke through at the 2005 Central German Classic where he won the event by five strokes.

He was born to parents Horst and Rina Kaymer, and grew up in Dusseldorf, Germany.

In 2010, he became the first golfer since Tiger Woods in 2006 to win three consecutive tournaments in a single year.

Martin Kaymer Is A Member Of