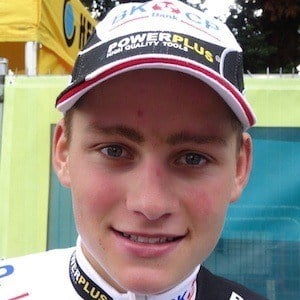 Cyclo-cross and road racer who became the sixth Dutch cyclist to win the Cyclo-cross World Championship, doing so in 2015. He signed with professional team BKCP-Powerplus in 2014.

He grew up in a cycling family and started competing in at the age of 14. He proceeded to win two Junior Cyclo-cross World Championships.

In 2016, he decided to start competing cross-country mountain biking to improve his chances of representing the Netherlands at the 2016 Olympics.

Several of the men in his family are accomplished riders, including his older brother David, his father Adri, and his grandfather Raymond.

He and Leontien van Moorsel are both known for representing the Netherlands in cycling.

Mathieu van der Poel Is A Member Of