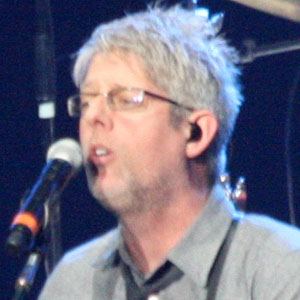 Christian contemporary musician best known for Billboard top five-ranked hits such as "Turn Around," "Your Grace is Enough," and "Lord, I Need You." He has earned numerous Dove Awards and Canada Covenant Awards from the Gospel Music Association.

He transferred from the Memorial University of Newfoundland to Arizona State University and graduated from the latter school with a degree in jazz piano. He released his first major-label recording, The End and the Beginning, in 2001.

He led thousands of crowd members in song and worship in Yonkers, New York, during the 2008 visit of Pope Benedict XVI.

He married Kristin Fisher in 2010.

In 2009, he toured with fellow Dove Award-winning singer Meredith Andrews.

Matt Maher Is A Member Of