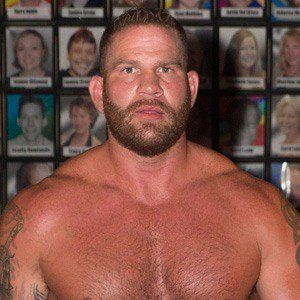 American professional wrestler and actor who was signed with the WWE and TNA. He also competed in Japan's top promotions.

He played Division I college basketball with Monmouth University.

He was named a top 40 singles wrestler by Pro Wrestling Illustrated in 2011.

He married Larissa Vasper in 2005. They have a son named Jackson Morgan.

He was managed by Ric Flair at Total Nonstop Action Wrestling.

Matt Morgan Is A Member Of