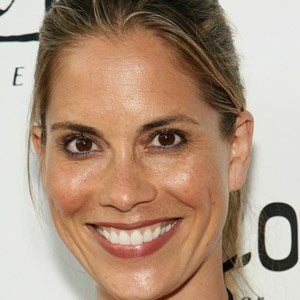 Known best for her role as Star in the 2000 action movie Cutaway, Bahns is also notable for her appearances in episodes of The Mentalist, Justice, and Studio 60 on the Sunset Strip.

When not performing, she trained for and competed in numerous triathlons.

She and her sister, Brandy, grew up on Long Island, New York, as the children of a Brazilian-Chinese mother from Hong Kong and a German-American father. After divorcing Peter Crone, she married Patrick Watson, who became the father of her daughter, Madison Rose (born in 2009).

During the last year of the 1980s and the first half of the 1990s, she was romantically involved with film actor, writer, and director Edward Burns. While with Burns, Bahns starred in his movie The Brothers McMullen.

Maxine Bahns Is A Member Of