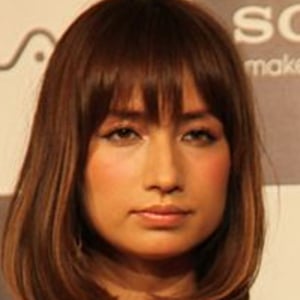 Model turned actress who is best known for having been under an exclusive contract with the Japanese fashion magazine Vivi. She has also done commercial work with a number of international brands such as Sony.

She began her career as a model at the age of 3.

In 2001, she released a pop music single titled "Pray/Discovery."

She married Kunichi Nomura in 2008 and the couple welcomed their first child the following year.

She was cast in the 2009 film Goemon which starred Ryōko Hirosue.

Mayumi Sada Is A Member Of