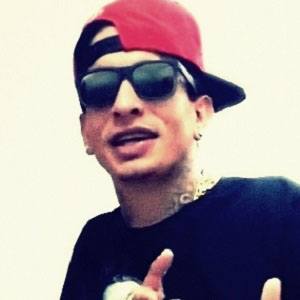 Brazilian funk singer who has earned worldwide famed with singles like "Pais do Futebol," which hit number one on iTunes and was the unofficial anthem for the 2014 FIFA World Cup. He quickly became the biggest Brazilian music artist on YouTube, with several of his music video surpassing 150 million views.

He was born three months premature and was raised in the city of Osasco. He was discovered by his managers while handing out flyers at concerts.

He made his international debut with 2014's "Brazil We Flexing," a collaboration with American rapper Soulja Boy.

Brazilian soccer star Neymar is mentioned in the chorus of "Pais do Futebol" and appears in the music video.

MC Guimê Is A Member Of