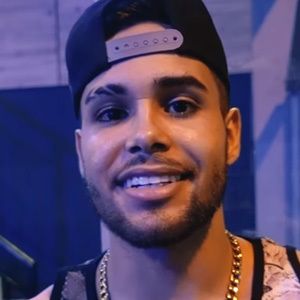 Funk and Sao Paulo funk singer who was a member of the duo MC Zaac & Jerry that became nationally known for the song "Bumbum Granada."

Before electing for a career in music, he attempted to become a professional futbol player.

His full name is Rodrigo Silva dos Santos. He was born in Una, Bahia, Brazil.

He and Mc Zaac debuted with a single called "Nos Fluxos."

Jerry Smith Is A Member Of