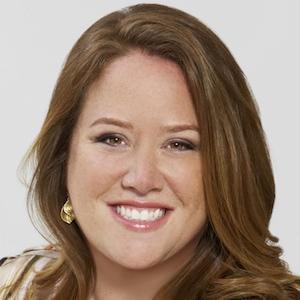 Interior designer who was the season 6 winner of Design Star and the star of her own show called Meg's Great Rooms on HGTV.

She elected not to attend law school after earning a degree in criminology. Instead, she would go on to earn a Bachelor of Fine Arts in interior architecture from The Art Institute of Chicago.

She began her design career with Ralph Lauren Home. She regularly appears on WGN and Windy City Live on ABC.

She was born in Chicago, Illinois. She married Randy Holladay in 2012.

She has been featured on HGTV like Kimberly Lace.

Meg Caswell Is A Member Of