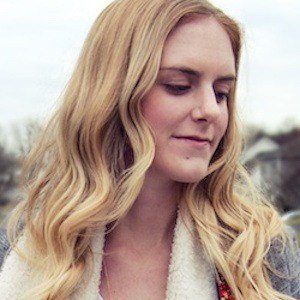 Singer and songwriter best known for her self-titled YouTube channel where she posts covers, originals, and mashups to her more than 1.4 million subscribers. Her covers have been featured on sites like Ryanseacrest.com and BuzzFeed.

She graduated from Belmont University where she studied classical guitar and songwriting. While there, she produced two EPs titled Writing On The Walls and Apartment Sessions.

One of her most popular videos, a mashup of "See You Again", "Love Me Like You Do", and "Sugar" gained more than 12 million views in less than six months.

She was born in Harrisburg, Pennsylvania but later moved to Nashville, Tennessee. She has a younger sister named Jaclyn.

She posted a cover of Alesso's "Heroes (We Could Be)" featuring Landon Austin in November 2014.

Megan Davies Is A Member Of