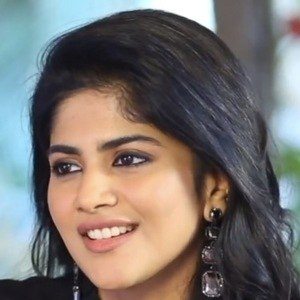 Indian actress who appears in a variety of films produced by Tamil and Telugu. She is best known for her appearance in the 2017 film Enai Noki Paayum Thota as the character Lekha.

She attended school at Lady Andal and college at Women's Christian College. She is known for making her debut appearance in the Telugu film Lie in 2017.

She has posted pictures of her attending a variety of studios throughout Los Angeles including Universal Studios and the Warner Brothers Studios lot.

She was born and raised in Chennai, Tamil Nadu. She also posted a picture with her dad and sister in New York City to her Instagram.

As a star in the 2017 film Lie, she stars alongside Nithiin and Ravi Kishan.

Megha Akash Is A Member Of