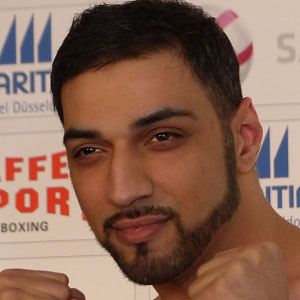 German-Iranian singer who rose to stardom after winning the seventh season of the reality singing show Deutschland Sucht Den Superstar. Following his victory, he released highly-successful singles like "Don't Believe" and "Sweat."

He was born in Tehran and moved to Germany at age six. He later got his start performing under the stage name Marasco.

He fought German singer and actor Daniel Aminati in the Promi-Boxen celebrity boxing promotion in 2013.

He got married in July 2010 after proposing to his then-girlfriend on an episode of Deutschland Sucht Den Superstar.

Mehrzad Marashi Is A Member Of