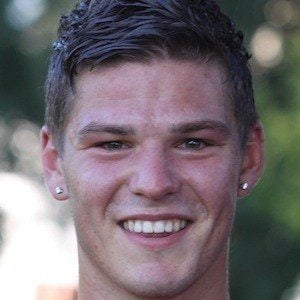 Professional soccer player turned fashion model and designer. He played his last professional season with Leonidas in 2014. After retiring from the sport, he founded Mettmorphosis, a men's fashion label in New York City.

He played with AZ Alkmaar, a member of the top league in Holland, early in his career. He came to the US in 2011 and played for the Dayton Dutch Lions in the United Soccer League.

He speaks Dutch, German, and English and represented Austria in U-21 international play.

While he was born in Holland and his father is Dutch, his mother is Austrian, which allowed him to play for the country's national team.

He met Zuri Hall while playing soccer in Ohio and they announced their relationship on YouTube in 2013.

Mettin Copier Is A Member Of