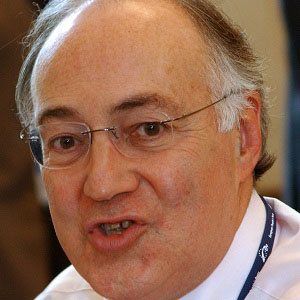 United Kingdom politician who held office as Leader of the Opposition and Leader of the Conservative Party from 2003 to 2005. Previously, he filled a number of other government positions, including Home Secretary and Shadow Foreign Secretary.

After graduating from Cambridge University, he represented Folkestone and Hythe as a Member of Parliament.

He was born in Swansea, Wales to Jewish immigrant parents from Russia and Romania. His marriage to model and writer Sandra Paul produced two children: Larissa and Nicholas.

He held office as Secretary of State for Employment under the administration of Margaret Thatcher.

Michael Howard Is A Member Of