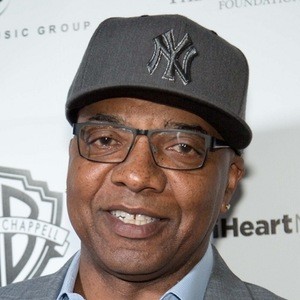 American music producer and entrepreneur who has gained notoriety as the live even producer and CEO of Scream Nation. he has also worked with companies such as Live Nation and Columbia Records.

He began his career in music as a manager for acts such as Brick, Cameo, The S.O.S. Band, Sister Sledge, and more.

He is also the founder and President of Mauldin Brand, Inc. a multi-dimensional entertainment brand that focuses on music, motorsports, and more.

He is the father of artist/producer/songwriter Jermaine Dupri.

He has helped direct the early careers of artists such as Alicia Keys, Beyoncé, Nas, and more.

Michael Mauldin Is A Member Of