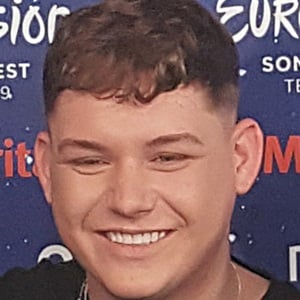 English singer who is known for having represented the United Kingdom at the Eurovision Song Contest in 2019 in Tel Aviv. He is also known for having appeared on the BBC One competition series All Together Now in 2018.

He first earned recognition for his singing in 2014 when he participated on the eleventh season of The X Factor (UK). He auditioned with the song "I Look to You" by Whitney Houston.

He performed at the Winter Pride Maspalomas festival in Europe in November of 2018.

He was born and raised in Hartlepool, England.

He collaborated with fellow singer and songwriter Holly Tandy on the single "Bigger Than Us".

Michael Rice Is A Member Of