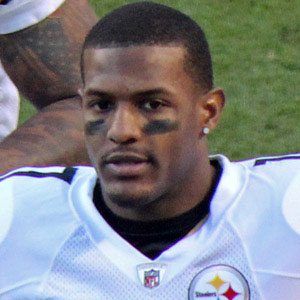 Speedy wide receiver who was selected in the third round of the 2009 NFL Draft by the Pittsburgh Steelers and signed with the Miami Dolphins in 2013.

He set punt and kick return records in high school.

He had one of his best years in 2010, when he recorded a league-high seven games with more than 100 receiving yards.

He grew up with his parents, Burnell and Sonjia, and brother Reggie in New Orleans, Louisiana.

He was on the receiving end of more than 30 touchdowns from Ben Roethlisberger during his time with the Steelers.

Mike Wallace Is A Member Of