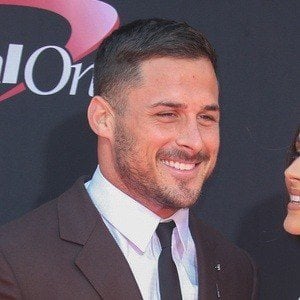 Wide receiver and punt returner who debuted in the NFL for the St. Louis Rams in 2009 and signed with the New England Patriots in 2013. He helped the Patriots win Super Bowls XLIX and LI.

He played football at The Woodlands High School in Texas and helped them reach their first-ever state championship game.

He played college football at Texas Tech University, where he was First-team All-Big 12 in 2004.

His parents are Willie and Rose, and he has a brother named Matt who played football at Baylor University. From 2016 to 2018, he dated Olivia Culpo.

He has played alongside Pro Bowl quarterback Tom Brady on the Patriots.

Danny Amendola Is A Member Of