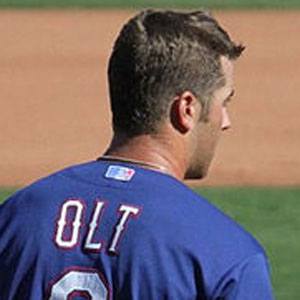 Corner infielder who made his MLB debut in 2012 with the Texas Rangers the year he hit 28 home runs in the minor leagues.

He won a baseball state championship at Branford High School in Connecticut.

He played college baseball for the Connecticut Huskies.

He played alongside his brother Brad at the University of Connecticut.

Catcher and first baseman Mike Napoli was his teammate on the Rangers.

Mike Olt Is A Member Of