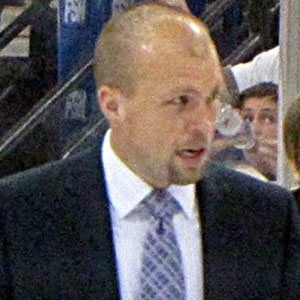 NHL coach who became the head coach of the Minnesota Wild in 2011.

He served as an assistant coach for the Pittsburgh Penguins and head coach of the AHL's Houston Aeros.

He played hockey in the IHL but never made it to the NHL.

He has a daughter, Braeden, and a son, Kyler, with his wife Tanya.

He began coaching Zach Parise on the Minnesota Wild in 2012.

Mike Yeo Is A Member Of