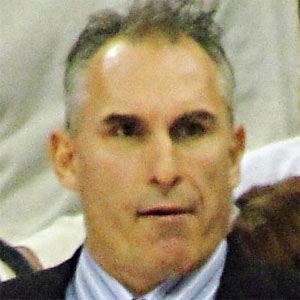 Former left winger who played for 17 seasons in the NHL debut for such teams as the Philadelphia Flyers and Toronto Maple Leafs. After retirement, he became a coach. He led the St. Louis Blues to a Stanley Cup Championship in 2019.

He played for the Kamloops Jr. Oilers in the Western Hockey League.

His son Mike Berube is a professional hockey player.

All-Star center Eric Lindros was his teammate on the Flyers.

Craig Berube Is A Member Of