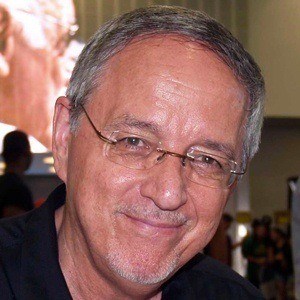 Comic book illustrator who's done work for DC and several different superhero outlets. His credits include Batman, Spider-Man and the Punisher.

He started working on comics in 1974, doing art for Charlton Comics.

He illustrated covers for the Ten Nights of the Beast storyline in the Batman series.

His parents are named Michael and Kathryn Jean Zeck.

He worked with writer Steven Grant for a Punisher miniseries.

Mike Zeck Is A Member Of