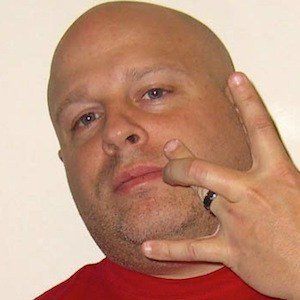 Former professional wrestler who was known by his Mikey Whipwreck ring name. He gained renown for his time in the Extreme Championship Wrestling (ECW) promotion beginning in 1993, and concluding in 2001.

He first served as a member of the ECW ring crew, where he began having fun with various maneuvers in the ring both before and after events. Promoter Paul Heyman witnessed a few of his aerial maneuvers, and suggested he pursue professional wrestling.

In October 1995, he defeated The Sandman to become the youngest ECW Heavyweight Champion in their history to that point. Eventually, he became the third ECW Triple Crown champion in the company's history.

He was born as John Watson and raised in Long Island, New York.

He received training from fellow ECW wrestlers Tommy Dreamer, Mick Foley, and Tazz, amongst others.

Mikey Whipwreck Is A Member Of