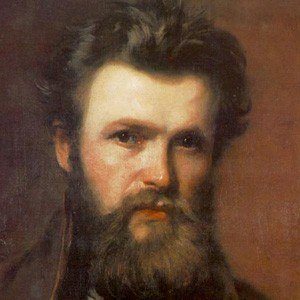 He took part in the Hungarian Revolution and then became a stone cutter.

His most famous statue, "Grieving Shepherd," was critically praised throughout Austria.

He and Janos Horvay are both sculptors from Hungary.

Miklos Izso Is A Member Of