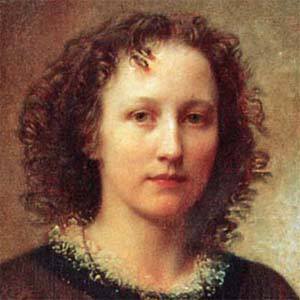 Frequently working artist with famous works that can be found in Texas, Washington D.C., Italy, England, and all over Germany. Some of those famous works includes sculptures of Lady Macbeth, Stephen F. Austin, and Sam Houston.

To her parents dismay, she became a sculptor in 1852 and attended the all-male Munich Academy of Art as the first female student to enroll there.

She made works of famous leaders such as King George V of Hannover, which appropriately remains in Hannover, and Otto von Bismarck, located in Berlin.

Another notable sculpture of her's is of war hero Giuseppe Garibaldi.

Elisabet Ney Is A Member Of