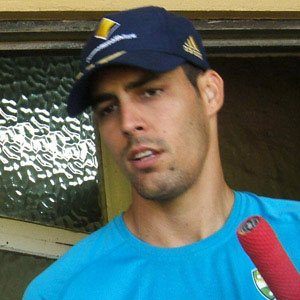 He took three wickets in his final Test, breaking a tie with Brett Lee to make him Australia's fourth-highest Test wicket-taker in history.

Mitchell Johnson Is A Member Of