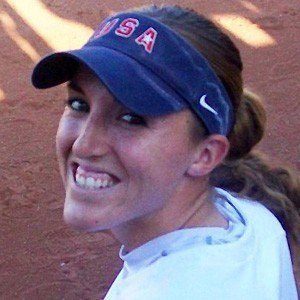 Highly decorated pitcher in women's softball who was named Sportswoman of the Year in 2007. She won a silver medal at the 2008 Beijing Olympics.

She had a very successful career at the University of Tennesee, recording over 500 strikeouts in a season.

She achieved numerous records and accolades, including the most strikeouts in a Division I softball season and one of the only players with 40-plus wins in four different seasons.

She was born to Bruce and Julie Abbott and grew up with four siblings.

She represented the U.S. in the 2008 Olympics along with Jennie Finch.

Monica Abbott Is A Member Of