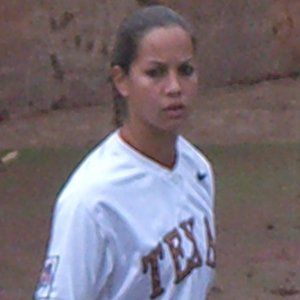 One of the greatest softball pitchers in history; she took home the gold medal at the 2004 Athens Olympics. She is a two-time Olympic medal athlete.

She had a standout career at the University of Texas, winning four Big Twelve Pitcher of the Year titles. She was also a four-time All-American.

She was the first softball player to ever be featured on the cover of Sports Illustrated. She is a brand ambassador for both The Tea Spot, and Sweat Cosmetics.

She has cited Nolan Ryan as one of her favorite athletes of all time.

Cat Osterman Is A Member Of