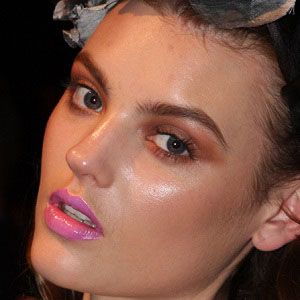 Fashion model and reality television personality best known for being the cycle seven winner of Australia's Next Top Model.

Her Australia's Next Top Model win earned her a Chic Model Management contract and a photo shoot with Harper's Bazaar Australia.

She modeled for fashion designer Carla Zampatti at the 2012 Australian Fashion Week.

Her father Darryl was a professional Australian rules soccer player.

At the 2012 Milan Fashion Week, she was a runway model for designers Emilio Pucci and Bottega Veneta.

Montana Cox Is A Member Of