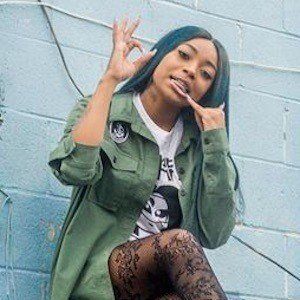 Up and coming rap artist and influencer most well known on Instagram as moshaae. She has earned more than 120,000 followers as a brand ambassador for various companies and for her short videos promoting her music.

In 2016, she released her first song to Souncloud "Monster Remix."

She has a self-titled Soundcloud account where she has posted original music.

Originally from Chicago, Illinois, she would later settle in Atlanta, Georgia.

Both she and Lil Key are popular rappers and brand ambassadors.

Moshae Monae Is A Member Of